Recently the WWE in conjunction with 2K Sports released a mobile Collectible Card Game on both IOS and Android platforms called WWE Super Card. Super Card, which is free to play offering micro transactions, requires an active internet connection, and pits a deck of WWE Superstars of your choosing against an AI controlled deck of another user. The mobile game has already garnered over 1.5 million downloads. Click below for my review.

END_OF_DOCUMENT_TOKEN_TO_BE_REPLACED

This comes as a shock after the rumors of a Google/YouTube acquisition of Twitch the past few months caused many members of the Twitch community to be nervous, as it appeared Twitch was gearing it’s service to more resemble YouTube by implementing ‘features’ that scour videos to block copy written material.

Twitch.TV CEO Emmett Shear, along with the Director of Community Marcus Graham and Mike Frazzini the VP of Games at Amazon.com streamed an Amazon/Twitch Discussion Q&A directly on Twitch in which they thank the Twitch community and go on to say Twitch will continue to remain independent, while being able to take advantage of all of the expertise and features Amazon will be able to offer. 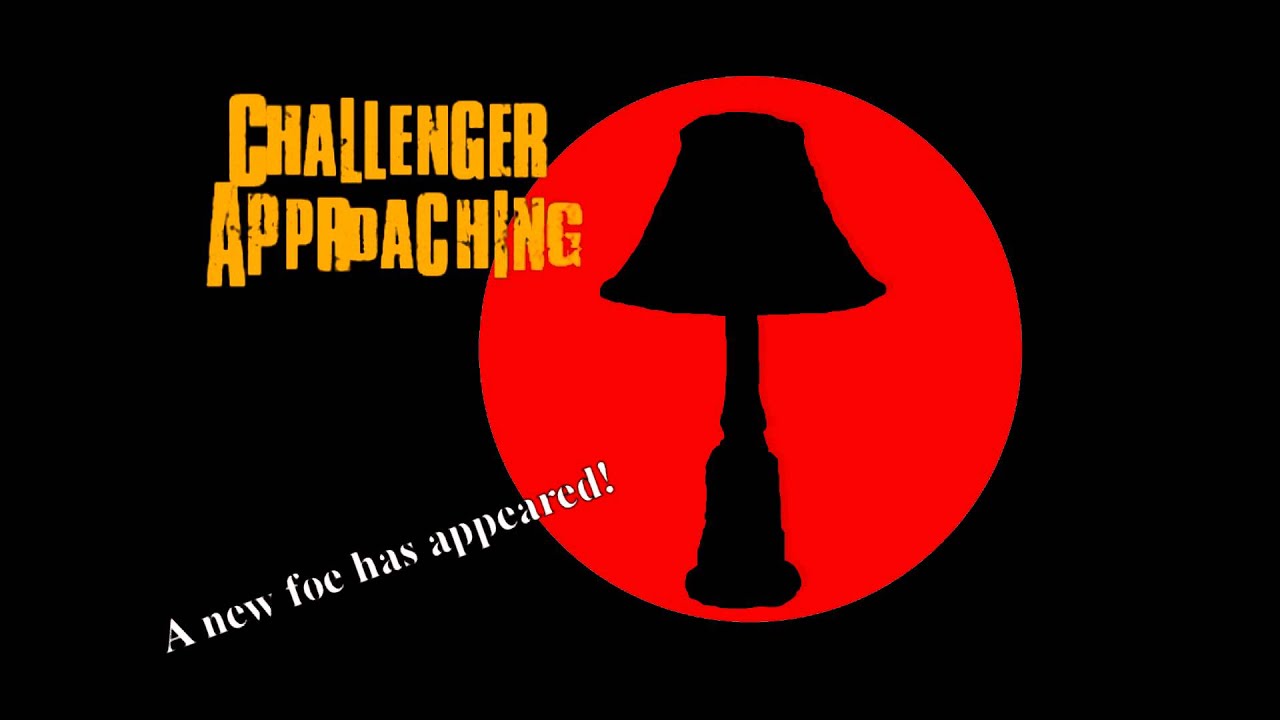 YouTube has apparently yanked the videos that surfaced early this morning of 3DS Smash.  The videos featured 2 new characters, in action, and looked pretty legit.  The original leak came from a poster on 4Chan claiming to have the final roster and was heavily scrutinized by the Smash community.  That same poster followed up with the videos today.  If you go look at /r/SmashBros right now, you should be able to get the lowdown on what characters were leaked and the arguments for real and fake, however given the video evidence at this point chances are this is the real deal.  I won’t post it here because I am disappointed in myself for looking.  The game comes out in Japan in less than 3 weeks (9/13) so we shouldn’t have to wait long to find out.

Having been beaten by the Teenage Mutant Ninja Turtles disaster for the previous two weekends, Guardians of the Galaxy has resurfaced as the number 1 box office film this past weekend.   This puts the domestic gross for the film at just over $250 million making it the top grossing summer film (previously held by another Michael Bay disaster, Transformers: Age of Extinction).  It is estimated that by Friday Guardians will pass The Winter Solider as the year’s top grossing film which currently sits at $259 million.  All eyes are on Marvel going forward, can they keep the streak alive?  Check back here for the latest Marvel Studios news.

To be completely honest, I have only owned one of these Madden games in the past.  I’m not sure if the game wasn’t that good, if the controls for the Wii just didn’t click right with me, or if I just really sucked at the game; but I did not enjoy the game very much… at all.

So why am I making a post about Madden 15?  It’s Madden Season!!!  To promote the new game EA has released a YouTube commercial video featuring Kevin Hart and Dave Franco in what can only be described as one of the best video game commercials since the original commercial for Super Smash Bros (N64).

Click the image below to view the Madden video:

First a thank you to my compatriot Philip for loaning me Marvel NOW’s Hawkeye Volume 1: My Life as a Weapon. Hawkeye has been a bigger player in the Marvel universe since his characters introduction in the Avengers film.I know personally I didn’t care much for Hawkeye, or at the very least was ambivalent to his character (what’s with the original design’s mask??) but since Avengers Marvel has done a decent job making him seem relevant while maintaining the fact that he is a non-powered hero. I particularly enjoy that the majority of this title takes place at the ‘street’ level, with almost no involvement of S.H.I.E.L.D. or the Avengers.

END_OF_DOCUMENT_TOKEN_TO_BE_REPLACED

I was just browsing GoNintendo as I am known to do multiple times a day, and this video somehow autoplayed on me.  HOLY.  SHIT.  If this game is half as good as this music, I might buy 2.  This is either fully orchestrated or they have perfected the digital oboe.  I have been avoiding spoilers for this game like the plague since it is already out in Japan, I just happened to get a free taste and I loved it.

Thanks to the GameExplain guys for the clip. Fanboy out.

Marvel’s Agents of SHIELD is continuing to expand their cast with the new addition of Adrianne Palicki as Barbara (Bobbi) Morse [aka :Mocking Bird] to their ranks.  I’m very excited to see how they will be working with this character in the Cinematic Universe and applaud the introduction of more female stars to the lineup.  This is just the latest addition to the show, with Lucy Lawless as Isabelle Hartly, Kyle MacLachlan (the Captain from How I Met Your Mother) as Sky’s father, Reed Diamond as new bad guy Whitehall, Nick Blood as a good bad guy, Henry Simmons as Alphonso Mackenzie and Simon Kassianides as Bakshi.  We get to experience all these new characters in addition to perhaps my favorite (new) character introduced late season 1, Patton Oswalt playing Billy Koenig and Sam Koenig.  This is truly becoming an incredible lineup for a television show these days.

For those new to the show, Agents of SHIELD is a television show that focuses on SHIELD, which is essentially the spy agency that runs world security.  The show primarily focuses on a small team head up by Agent Phil Coulson.  The team travels around the world to ‘deal’ with random threats that inevitably pop up.  The tie in to the overall Cinematic Universe is very impressive, as you can see the show build up to movies and then watch the repercussions of the newest Marvel movie expand into the television series.  With this great new supporting cast to the existing cast that began this series, I think it’s safe to say that we’re in for a treat with Season 2 airing September 23rd. The first picture of Scott Lang from Marvel’s Ant-Man has surfaced online.  Not much to see here other than Paul Rudd looking like a drifter, down on his luck, looking forward towards greatness or something equally ridiculous.  The premise of the film revolves around Hank Pym (Michael Douglas) and Lang (Rudd) teaming up to perform some sort of heist to save the world.  Hank Pym has presumably already discovered Pym Particles, which allow him to shrink in size while maintaining the strength of a full sized man, in addition to constructing a helmet that can communicate with ants.  The comic version of Scott Lang has him as a street level criminal who stumbles upon an old lab belonging to Pym and discovering the Ant-Man gear enabling him to perform a number of heists to enrich himself.  He also uses it to watch women undress without permission.  It will definitely be interesting to see what direction they take with developing the character given Rudd’s primarily comedic background; fortunately Marvel is no stranger to jokes.  Hopefully the numerous rewrites and strife on the project to this point, including dropping longtime director Edgar Wright for Peyton Reed pays off.

This past Sunday I was given the distinct pleasure of introducing World Wrestling Entertainment to Porch Podcast comrades Phil, Doug and Producer Jeremy, who had not been privy to the world of Sports Entertainment since childhood. While Summer Slam turned out to be full of almost all entertaining matches – which I am very grateful for – what I believe I enjoyed most was trying to explain each character’s background and motivation, supplemented by introducing them to a whole new vocabulary of terms such as ‘Face,’ ‘Heel,’ and ‘Stable.’

After many drinks and pizza rolls consumed later, I believe the night has proven to be a success and I hope to get each of their opinions during the next PorchCast, or teased in the comments below. Whether this turns into a running segment, or a ridiculous twitch stream of us playing the upcoming WWE 2k15 video game, which is looking increasingly impressive, I’m quite pleased with how everyone got into it despite the source material being as bad as it is.

What I wished to talk about tonight however, was the reveal of the new WWE World Championship title, awarded to Brock Lesnar after his complete destruction of John Cena last night. This new belt, seen below, was created after merging the two existing titles, the former WWE Champion title, along with the the WWE World Heavyweight Championship (also known as the  NWO World Heavyweight Championship, or the ‘Big Gold Belt.’) I do have to say I like the new logo a lot, and this new belt seems significantly bigger than the old WWE title, however I’ll always be a sucker for Big Gold. Click below for a quick breakdown of the fight results.